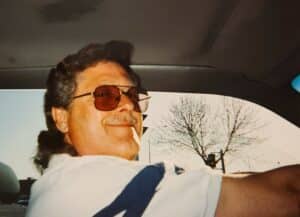 It is with profound sadness that we announce the passing of John “Brian” Walker in the early morning of January 28, 2023 with his family by his side.

He will be remembered by his children, Corinne, Jon (Candace), Rachelle (Jason); four grandchildren Alisah, Dublin, Ayva and Liam; his brothers Raymond, Clyde and Darrell; his sisters Charlene and Donna, along with numerous other nieces, nephews, family and friends. He was predeceased by his parents John and Rachel Walker and his brother Earl Walker.

Brian grew up in Snow Lake, Manitoba and spent his teens roaming Wekusko Falls. After a short career in the mines, he moved to Winnipeg and became a truck driver. He eventually landed at the Government of Manitoba in Water Stewardship.

A funeral service and reception will be held at Voyage Funeral Home 220 Hespeler Ave Winnipeg, Manitoba on Saturday February 18, 2023 at 1:00pm. Followed by a celebration of life at West Kildonan Legion 1748 Main Street in the Darlington Lounge on the 2nd floor. A memorial will be held in Snow Lake, Manitoba in the summer, dates to be confirmed.

The family wishes to send a special thank you to the staff at Middlechurch Home of Winnipeg for their care and compassion.