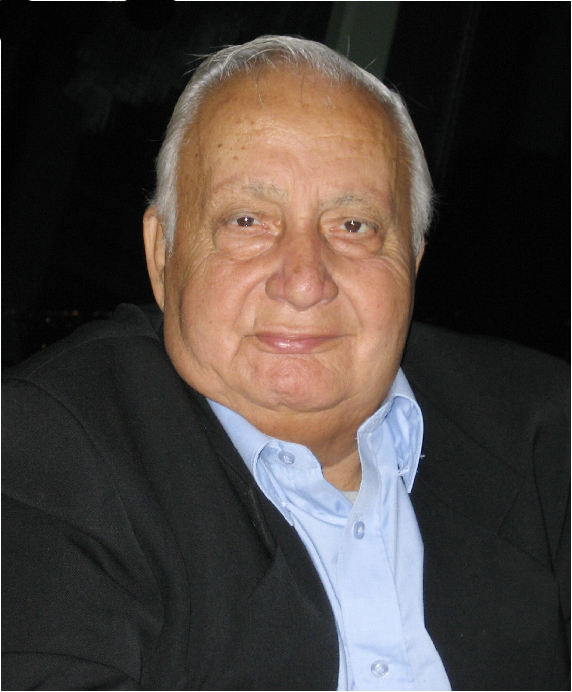 CHRISTOS VOGIATZAKIS It brings us great sadness to announce the passing of our husband, father and grandfather Chris Vogiatzakis on January 19, 2012. He slipped away into the arms of the Lord at the age of 77. Chris was born on April 15, 1934 in Crete, Greece.

From the age of 13, Chris was on the run jumping from ship to ship in search of the next exciting adventure. Finally stopped by immigration, he was sent back to Greece to serve his time in the Army. After laying eyes on Helen, it was love at first sight and he never let her go. Promising her a better life, they married September 8, 1963 and shortly after, came to Canada, settling in Winnipeg.

Here they started their family and operated many businesses together Chris’ Food Bar and Pizza, Helen’s Food Bar and the Greek Village, just to name a few. Chris will be greatly missed and forever remembered by his loving wife Helen, of 48 years, who never left his side since she met him at just 16 years old.

His legacy will live on through his four boys Mike (Sharon), Nick (Nancy), Peter (Lucy) and Kyriakos, and his seven grandchildren Kristina and Josh; Nichole (Trevor), Amanda and Kristopher; and Anthony and Serena. He is also survived by nieces, nephews, extended family, many friends and his buddies Zorro and Bella. He was predeceased by his father, mother, stepfather and sister. Chris was a fun, loving guy and always had a smile on his face. He was a joker. Anyone who knew him would have a story to tell that would be sure to make you laugh, or shake your head in disbelief, one of the two. He was charismatic; very entertaining and he said what he wanted to say when he wanted to say it – simply one of a kind.

Everyone loved Chris. We will miss his laugh and his special personality. No matter what the circumstance, he would light up the room. How are you tomorrow? You’re lookin’ good baby! His teddy bear nature and kind heart will be so greatly missed. We are thankful to have shared beautiful memories together that we will forever cherish in our hearts. Dad was very proud of his four boys, their accomplishments and the men they grew to be. He always had his input on their business decisions, whether it was words of wisdom or harsh criticism. He loved each of his grandchildren and treasured the time they spent with him. He was happiest with his family. Most of all, Chris was thankful for his beautiful, incredible wife Helen who was incomparably dedicated, and devoted to her family. She was his strength until the very end and he never forgot that.

Services in honour of Chris’ life will be held at the St. Demetrios Greek Orthodox Church, 2255 Grant Avenue. Prayers will be Monday, January 23 at 7:00 p.m. and Funeral Service will be held Tuesday, January 24 at 11:00 a.m. with interment to follow at Glen Eden Memorial Gardens. Rev. Fr. Theodore Paraskevopoulos presiding. We would like to thank all the doctors, nurses and staff of Seven Oaks Hospital for their care and compassion given to Chris, especially Dr. Miller, and Dr. Patel. Chris Vogiatzakis was a proud Greek. Father Ted from the Greek Church inspired Dad with his love, care and understanding during his many visits at home and at the hospital. He was grateful to have this young, new Priest bring the love and leadership back into our community. Donations in memory of Chris can be made to the St. Demetrios Greek Orthodox Church, 2255 Grant Ave., Winnipeg, MB R3P 0S2. Arrangements entrusted into the care of his son Mike.